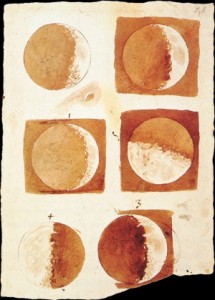 Most people will find certainty and safety by subscribing to widely held ideas, regardless of the “truth” of those ideas.  Likewise, institutions and the people that are governed by them resist new explanations for phenomena. A classic example of this is found in the dawn of two radical ideas that 1) the earth moves around in space, and 2) the earth revolves around the sun. These ideas were condemned by both clerics and scientists in the  16th and 17th centuries. At that time clerics and their followers adhered to Church doctrine that the world is fixed and stable. Scientists too believed that the earth was “unfit for motion” and lacked any explanation for the motion of our massive “lazy” earth through space. (http://en.wikipedia.org/wiki/Heliocentrism)

Nicolaus Copernicus was the 16th century renaissance mathematician, astronomer, and Catholic cleric who presented a mathematical model of a sun-centered universe with orbiting bodies. Later Johannes Kepler expanded on this model describing the orbits of the earth and other planets as elliptical. In the first half of the 17th century, Galileo Galilei’s telescope observations led him to publish and defend these controversial ideas, contradicting church teachings.

The Catholic Church officially condemned the sun-centric theory of orbiting planets and jailed Galileo as a heretic.

These break-through ideas came from new tools of observation, but they were initially rejected. To accept the new ideas, cherished ideas would need some modification, such as accepting that Church doctrine doesn’t factually describe the workings of the natural world but is instead philosophical.

We are both fascinated by and afraid of ideas that are new to us. Radically new ideas can destabilize our “ground”, that on which we stand, that which gives us a place and sense of security. Does your earth move or is it still? Can you have it both ways or do you have to let go of widely held ideas to move forward? Does your contentment require that you go along with socially “stabilizing” notions?

The idea that “healthy” fresh fruits and vegetables contain health-damaging chemicals (such as oxalates) seems radical, heretical even, in the face of the current prevailing notions favoring massive consumption of any and all plant foods as a path toward better health. Here cherished ideas are worthy of question and modification.

Dealing with the oxalate problem means trusting and honestly testing solid observations and the many strong data points, even if we don’t have all the science to explain the complex biology and toxicology going on. Uncertainty is a more honest and fruitful seat from which to learn, grow, and use your given ability.

Otherwise you will keep asking yourself, how could the church (medicine, public health), the clerics (your doctors, experts, the media), and the bible (medical protocols, standards of practice, dietary guidelines) be wrong?

“The fact that an opinion has been widely held is no evidence whatever that it is not utterly absurd; indeed in view of the silliness of the majority of mankind, a widely spread belief is more likely to be foolish than sensible.”
― Bertrand Russell, Marriage and Morals