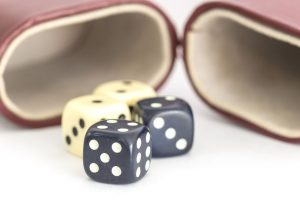 Easy to Over-Do It, Easy to Fix It

Your go-to foods could pave the way for a dangerous oxalate level in your body and lead to very real health problems. Consider these common examples of popular foods that make it way too easy to overdo oxalate:

Are you into peanut butter, chia seeds, seeded wheat bread, sesame crackers, or nuts? If so, you could be eating a dangerous level of oxalate.

Do you reach for spinach for your salads, as a quick-cook side dish, or the tastiest way to green up your smoothies?

Do you like potatoes? Chips, fries, baked, or mashed? Perhaps you like the “healthier” sweet potato chips and fries?

Do you love black beans in your burritos?

Do you like second helpings or “super” serving sizes?

These days, we have at least three factors working against us:

Many restaurants jumbo size their standard french fry order as cheap advertising. You see, it costs them only pennies to wow the customer and offer a memorable experience that they’ll tell others about. Take Five Guys, for example*. Famous for giant piles of fries, their regular fry order weighs a gargantuan 411 grams—almost a pound! About 5 years ago, Five Guys expanded their menu with a “Little” order of fries. Weighing in at 227 grams (½ lb.) a “Little” Fries order is still too big: it’s easily enough for two people.

Instead of standard fries, try my oven-fried turnips

Unfortunately, your body takes a hit with the 100 mg of oxalate that comes with the “Little” fry order. If they were made with sweet potatoes: a “Little” fry order would deliver 164mg of oxalate.* For perspective, consider this: 150mg is the amount that medical researchers claim is our typical all-day consumption of oxalate in food. Does that ring true to you? On the days you have the “Little” fry order, is that the only plant food you eat all day? (Hint: add at least an additional 12mg oxalate from the white hamburger bun with sesame seeds on it, and another 3 – 5mg for toppings such as tomatoes.)

The ubiquity of “would you like fries or chips with that?” encourages us all to make potatoes a too-frequent, regular thing. But, you don’t need to eat out frequently to get into a high oxalate food habit, it can happen to anyone. Just fall in love with the wrong food. It’s sort of arbitrary. Few people seem to understand that the danger of regular excessive oxalate consumption is not just theoretical. Check out Sam’s story.

Sam was an author, naturopath, amateur tennis player, and successful business man. He loved the flavor of buckwheat. He ate it every single day, for many decades. He also liked spinach omelets, and frequently ate almonds as snacks. On Sam’s typical day, these three foods alone could have contributed at least 775 mg of oxalate to his total intake (1 cup cooked buckwheat 180mgª & 3/4 cup raw baby spinach 480mg § & 1 oz. almonds 115mg §). Despite his expertise in health, Sam was unaware of the damaging effects of eating high oxalate foods, nor did he know that his go-to foods have so much oxalate.

Let’s fill in the rest of his daily diet. In addition to these favored anchor foods, it’s possible that he also ate:

A day that included all these foods would bring Sam to a total intake of 920 mg of oxalate. That is a potentially dangerous oxalate level in only a modest amount of food.

The Trouble with Healthy Food

I learned about Sam’s love of buckwheat, almonds, and spinach omelets on Dec. 29, 2015. Sam called me after reading my article: “When Heathy Isn’t”. He told me that he had been struggling with a set of problems he called “chronic break down”—including attacks of severe muscle soreness in his upper back, neck, and his upper buttock muscles. The debilitating pain would come and then disappear without rhyme or reason. Sometimes it involved severe muscle weakness that would make movement nearly impossible. This was distressing and embarrassing to an accomplished tennis player and health expert.

After reading my article Sam had a “eureka” moment. At last, in his late 60s, he learned of a critical missing piece in his understanding of the health effects of foods. Sadly, Sam died less than 2 years later, despite his devotion to healthy living, a happy marriage, and a thriving business. Based on our conversations, I know he believed that a lifetime of high-oxalate eating contributed to his early passing.


Counting a Daze-Worth of Oxalate

Take a look at the table below. It imagines a diet based on Sam’s favorite meals and snacks and compares it with another menu that some other man might have selected. Neither person selected his foods with oxalate in mind, but the difference is astounding – Sam’s diet is 14 times higher in oxalate. A full gram of oxalate in a day is a toxic level of oxalate exposure!

Who’s Looking Out for Us?

Health authorities have dropped the ball. As a result, no one is paying attention to the oxalates in our food and how the amount we’re eating has been creeping up and up and up. We’re paying a price for our ignorance about what we’re eating.

Don’t wait for some official warning. Oxalate is a toxin. Unlike most environmental poisons, this is one toxin that is within your control to avoid. Don’t let your health depend on a roll of the dice. Get started.

Note: You may have good reasons for avoiding Rice Chex™, Shake ’N Bake™, or other packaged foods (check out my recipes!). The point here is that commonly eaten foods can be very high or very low in oxalate, and nobody is aware of the difference.

*reference http://www.fiveguys.com/-/media/Public-Site/Files/FiveGuysNutrition_Aug2014_CAN_E.ashx (Oxalate estimates are based on tests of Russet / Idaho potatoes and frozen fries performed at the University of Wyoming 2011, and 2015)

§based on VP Foundation data published in their Newsletter